MENU
THE PROJECT
THE CITY
RESOURCES
TALK TO US
ENERGY
WATER 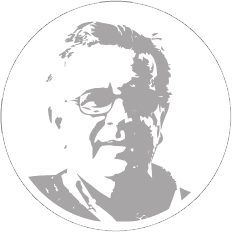 "Only when well-informed may citizens be sufficiently motivated to participate, and only with accessible data will we be able to understand the positive impact that individual behaviors may cause on the city and, in this sense, will we be able to continue working towards the necessary change".
José Sá Fernandes,
Vereador do Ambiente, Estrutura Verde, Clima e Energia da CML

Lisbon is the European Green Capital 2020. This significant distinction, awarded by the European Commission, unequivocally acknowledges Lisbon´s efforts in building a sustainable city, as well as the substantial progress Lisbon has made in the areas of energy efficiency and water management.
The importance of such a distinction for a city as Lisbon, that faces the southern European harsh climate, increases Lisbon´s responsibility and commitment in putting climate change at the heart of the political agenda of European cities and of Portuguese-speaking countries.

The Lisbon City Council made substantial efforts over the last decade to make Lisbon a greener and friendlier city. In 2012, climate change was included as one of the Municipality´s seven fundamental urban policies, pursuant to a territorial development model supported by two main systems – the ecological and the mobility / transport ones – which in turn translated into a set of municipal management measures and guidelines.
Lisbon environmental policy is likewise reflected in its commitment to actively participate in international networks focused on climate change, such as the Covenant of Mayors, in 2009, Mayor's Adapt, in 2014, and, following the merger of Covenant of Mayors and Mayor's Adapt, the new and integrated Covenant of Mayors for Climate and Energy, in 2016.

The city's environmental policy integrated approach culminated in the approval, in 2018, of the Sustainable Energy and Climate Action (SECAP) by the Municipal Assembly, a city's environmental performance planning and monitoring instrument for the 2030 horizon.
Given the cross-cutting nature of SECAP, for the Lisbon City Council it is of paramount importance to involve and inform key stakeholders, namely by sharing information with citizens, businesses and other city's institutions.