MENU
THE PROJECT
THE CITY
RESOURCES
TALK TO US
ENERGY
WATER

Lisbon is the capital of a country with 10.3 million inhabitants and the Hub of a metropolitan area with 2.8 million inhabitants. Daily, the number of the city users increases more than 70%, due to the commuting movements (from house-to work and school). Resident Population and commuters add up to 925 thousand people. 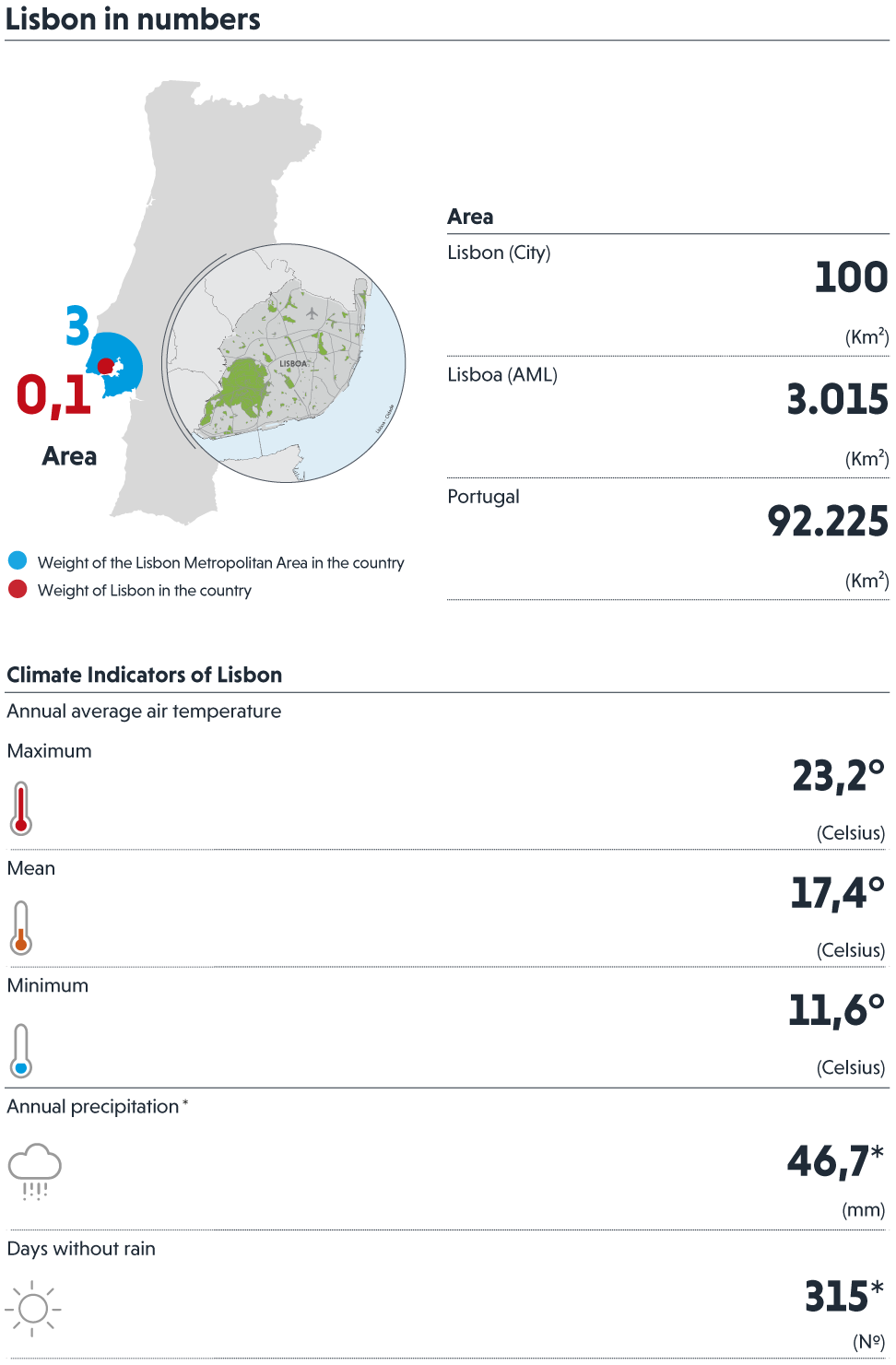 After 5 decades of population decrease, that reached 257 thousand inhabitants (1/3 of the initial population), Lisbon’s population stabilized (slowing down the demographic decrease registered in the previous decades, with only a 3% population decay in the last one), due to the growing number of families and young residents rate.
At present the decrease of population is again an up-do-date issue that may lead to a reversion of these facts.

The majority of the national economic decision centers are located in Lisbon’s metropolitan area, representing 36% of the national GDP and employing 1336 thousand persons (29% of national employment), reaching an apparent labor productivity 1.3 times higher than the national average. 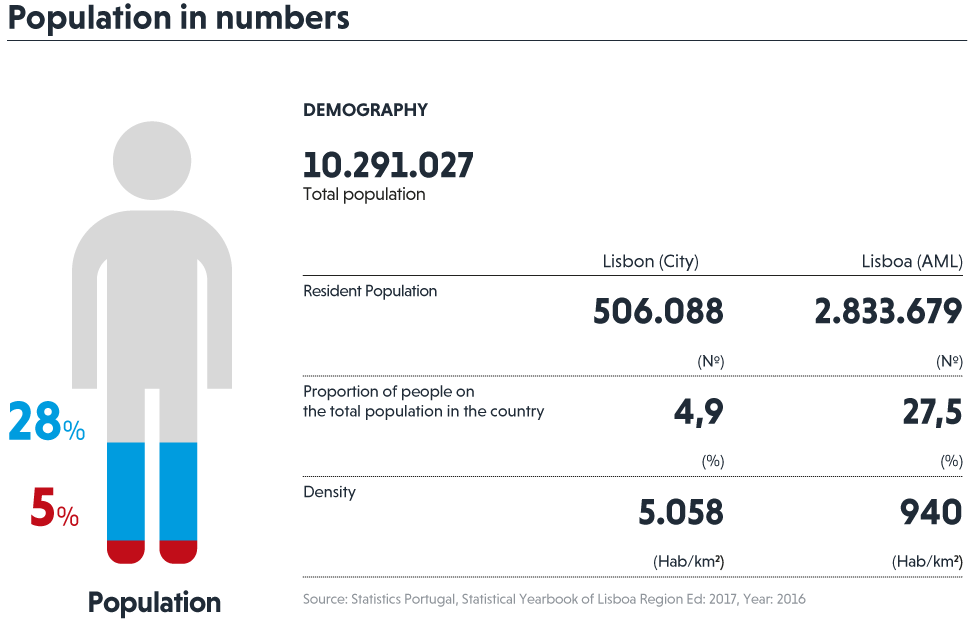 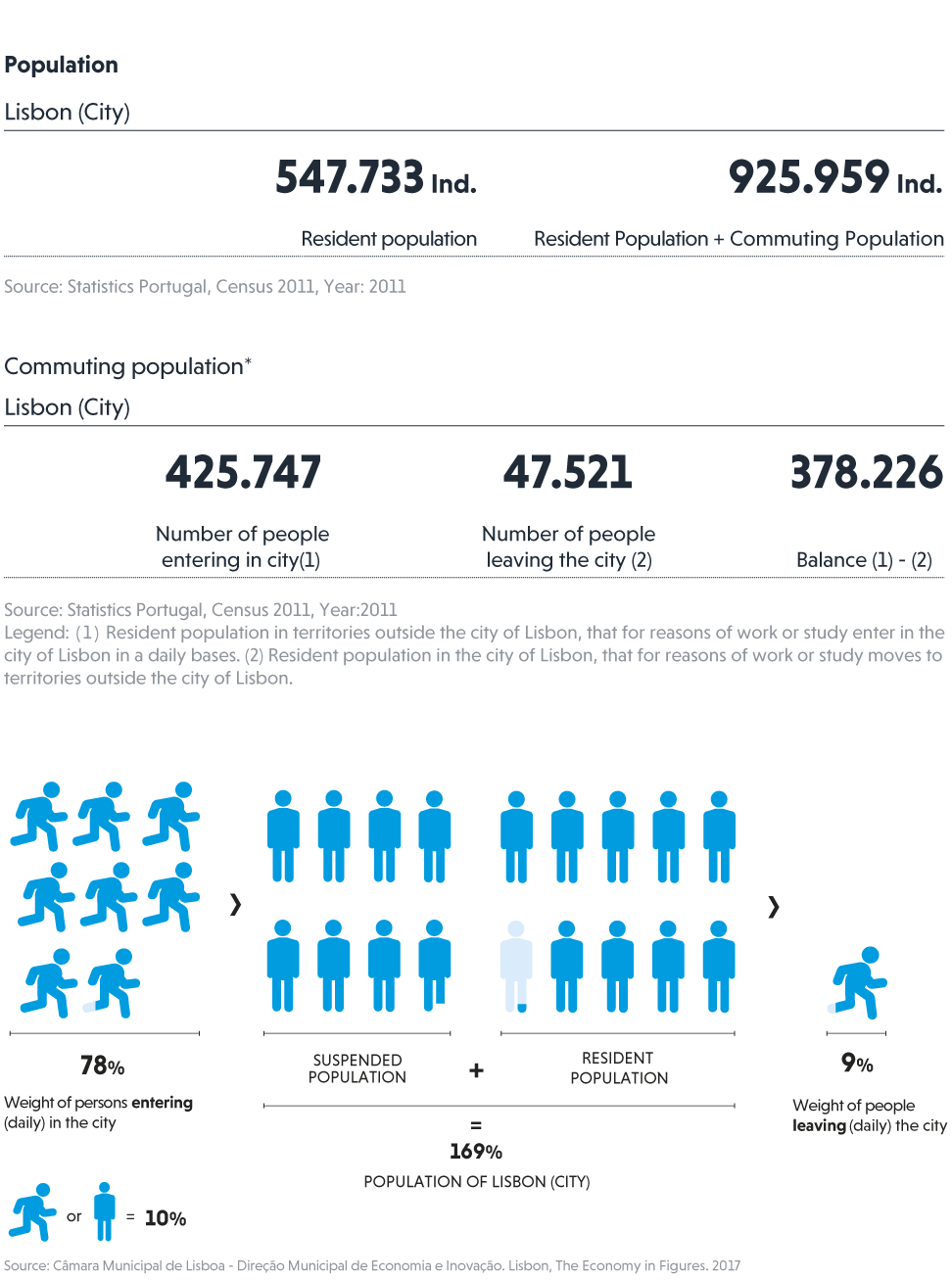